The DAS: London agenda is live! Learn more and get your tickets today.

Sponsored by SFOX
A World without Borders – Compliant Crypto Trading for Institutions
By Jayne Ritter / September 13, 2022, 9:18 am EDT

From the rapid growth of crypto to the dramatic volatility of the asset class, governments around the world are responding through regulatory and legislative actions. Some jurisdictions have announced clear and accommodating frameworks in the hope to create the crypto hubs […]

Web3 infrastructure provider Ankr network has launched ANKR token staking, allowing its users to operate full archive nodes on blockchains through the Ankr network and earn a portion of the fees paid to node operators.

Developers who build on top of the Ankr network need to self-stake 100,000 ANKR — currently worth about $3,200 — to their nodes before they can serve remote procedure call (RPC) traffic. Token holders can support individual node providers by staking their ANKR.

Once these nodes are servicing blockchain requests on the Ankr Network, the node providers and stakers will receive ANKR token rewards for their efforts.

According to the plan, 70% of the tokens are distributed to the node — with 49% going to individual stakers and 51% allocated to node providers. The remaining 30% of tokens are given to the Ankr Treasury, which is controlled by the Ankr DAO, governed by ANKR token holders. 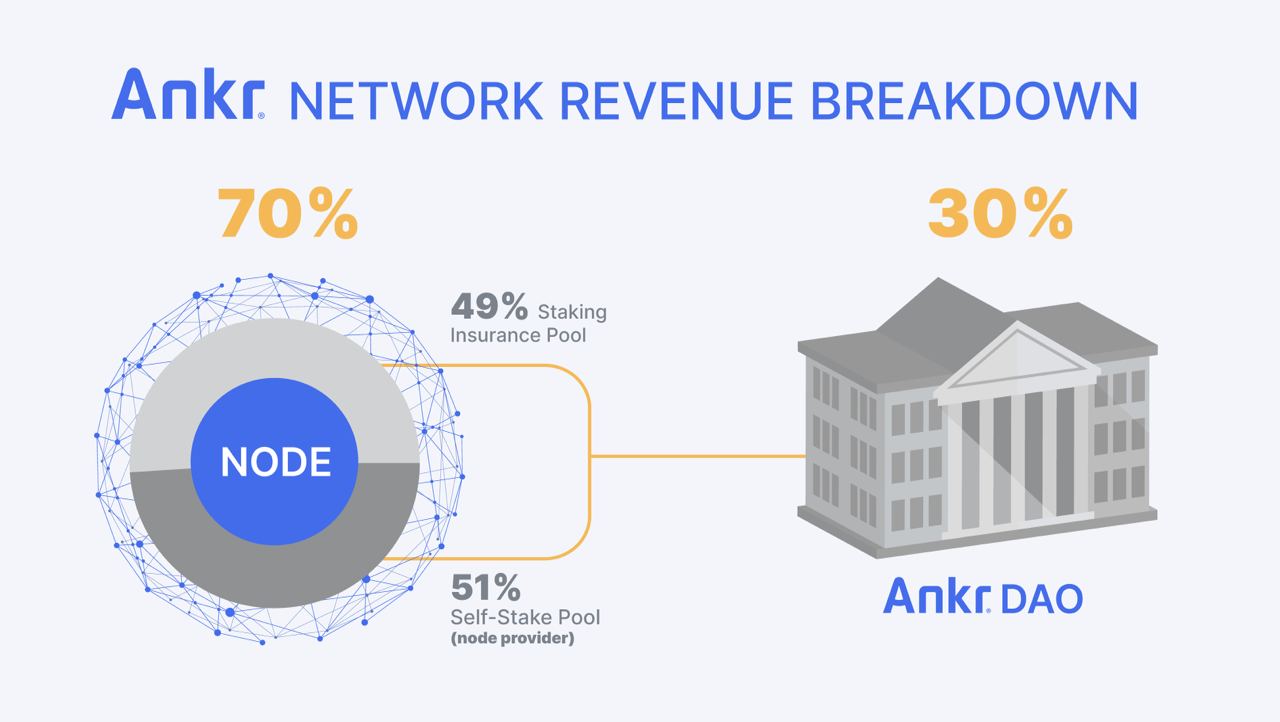 Greg Gopman, Chief Marketing Officer at Ankr told Blockworks that this launch would move Ankr from a centralized infrastructure provider to a decentralized protocol solution.

Ankr was founded by alumni from Amazon Web Services — Chandler Song and Stanley Wu. They started building Ankr in 2018 without fully knowing what the company would look like. It wasn’t until the advent of proof-of-stake (PoS) chains becoming more dominant in the market, that Ankr pivoted to focus on nodes and validators, eventually specializing in decentralized RPC nodes and decentralized staking — also known as liquid staking.

The Ankr network itself is not a PoS network but a node network that supports other PoS blockchains.

“We have over 350 blockchain nodes running around the world, helping to power 30+ different blockchains,” Gopman said.

“As Ethereum moves to PoS, the Ankr Network will likely be the first or second-largest node network to support it outside of Infura.”

Currently, Ankr’s two largest competitors are Infura and Alchemy — which both run on cloud providers (similar to AWS).

Advocates of decentralization point to the prompt reaction of these more centralized node infrastructure providers to the US Treasury’s sanction of privacy tool Tornado Cash on Monday as a potential censorship vector.

Users of popular wallet software such as Metamask have a choice of RPC node providers to select, and more tech-savvy netizens can bypass third parties entirely by running their own node.

“Ankr has built its own network of bare metal servers around the world, allowing us to have more control, more locations, and make more tailored solutions to the needs of decentralized companies,” Gopman said. “With the launch of Ankr Token Staking we bring a solution to market that our community has been asking us for since 2019.”

Get the day’s top crypto news and insights delivered to your inbox every evening. Subscribe to Blockworks’ free newsletter now.

Terra community previously approved a 1.2% tax on LUNC to limit the token’s supply